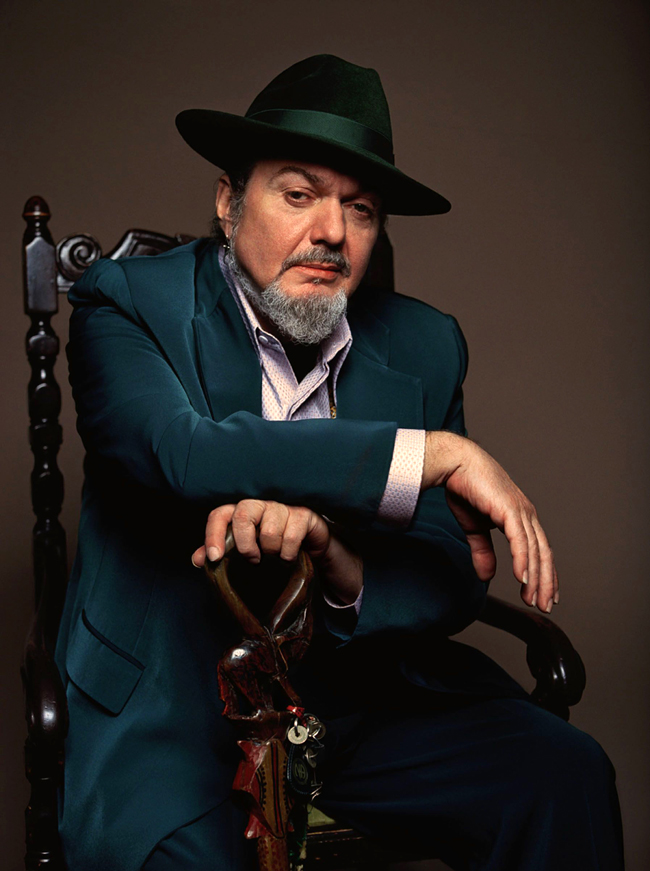 Known throughout the world as the embodiment of New Orleans’ musical legacy, Mac had a big influence on American musical culture. His colorful career began in the 1950s when he wrote and played guitar on some of the greatest records to come out of the Crescent City, including recordings by Professor Longhair, Art Neville, Joe Tex, Frankie Ford and Allen Toussaint. His music combined blues, pop, jazz, boogie-woogie, funk, and rock and roll.

In demand as a session musician, he headed west in the 1960s, and played keyboards on records by Sonny and Cher, Van Morrison, Aretha Franklin and The Rolling Stones' “Exile On Main St.” During that time he launched his solo career, developing the charismatic persona of "Dr. John The Nite Tripper,: and it stuck. Dr. John's breakthrough 1968 album “Gris-Gris,” introduced his unique blend of voodoo mysticism, funk, rhythm & blues, psychedelic rock and Creole roots to the World.

In 1973, Dr. John released “In The Right Place,” which yielded his first two chart hits—“Right Place Wrong Time” and “Such A Night.” He remained active both as an artist and as a session musician until his death, recording thirty studio albums and nine live albums, as well as contributing to thousands of other musicians' recordings.

Dr. John was inducted into the Louisiana Music Hall of Fame in 2007 and the Rock and Roll Hall of Fame in 2011. He received an honorary doctorate of Fine Arts from Tulane University alongside his holiness the Dalai Lama in 2013.

In 2014, he released the critically acclaimed all-star tribute to Louis Armstrong "Ske-Dat-De-Dat: The Spirit of Satch,” with co-producer and arranger Sarah Morrow, his longtime music director. Shortly after, he was awarded both the Louie Award from the Louis Armstrong House Museum, and  the Jazz Foundation of America's Hank Jones Award.

He is deeply missed by friend and fans alike.