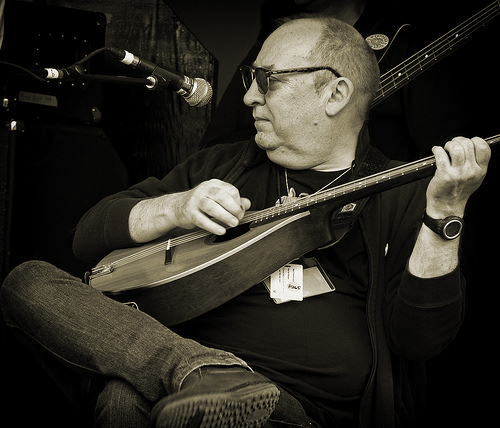 I commissioned Ron to create this epic two-hour body of work in 1999. Its full title is 1798 – 1998: IRISH SONGS OF REBELLION, RESISTANCE AND RECONCILIATION. The further description of the contents on the front of album re-enforces the message thus: The troubled history if Ireland is forever enshrined in Folksong. This collection is distilled from the thousands of songs, stories and poems wrought from the hands and hearts of the people of Ireland over the centuries.

From the outset, Ron was keen to emphasise the importance of the “resistance and reconciliation” elements of the title. Until this opportunity, these vital aspects had largely been ignored in song over the previous two-hundred years in favour the “rebellion” bit. He eloquently redressed the balance in two of his own compositions - Reconciliation and Truth and Understanding.

Kavana states that "…the past has made us what we are. At times in our existence when events such as the 1998 Omagh bombing occur, the horrific and inexcusable extent of the carnage prompts the inevitable question - how did we ever come to this? Where and what have we come from? The answers to these questions are in the past - deeply entrenched in history - we have to dig deep to find any answers, and the information we seek may not always be found in conventional histories. We need to ask ourselves whose story, or version of that story, is history? One of the fundamental steps in searching for the 'true' story is to recognize that there are many different, even contradictory, truths, and that much of what has been written in weighty tomes in the name of history is mere fabrication, unworthy of the paper it was printed on, while short, simple lines in song lyrics often offer a rare insight into what may be the real ‘truth’ of a particular story. In this collection, I present an overview of the story of Ireland through the traditional songs, poetry and music I have heard in my lifetime together with those I have written on the subject. I make no claims to definitive truth or unique insight, but simply present the story, as I see it, in a manner which I hope will be accessible, and despite the often shocking, sad, and distressful nature of the subject, ultimately stimulating and even entertaining. The words of the people in the songs of our nation, represent a unique, vivid and accessible insight into the story of Ireland, giving voice to the views of a people often denied all other means of expression and dissent..."

Ron Kavana was born in County Cork in the south of Ireland. A songwriter, composer and musician, he was at the cutting edge of the international folk scene for over two decades. He has released ten multi-award-winning albums to universal critical acclaim. His “Home Fires” album was the most highly recommended Irish folk album in MOJO’s book of “1,000 Essential CDs”. With his Alias band he won the Folk Roots (fROOTS) award for Best Live Band for three consecutive years. He has written and performed soundtrack music for several film and TV productions. As a songwriter his songs have been covered by many contemporary folk artists including; Dick Gaughan, The Pogues, Niamh Parsons, Waterson-Carthy, Eileen Ivers, Aoife Clancy, Mary Coughlan, Coope - Boyes & Simpson, Cherish the Ladies, The Voice Squad, the Black Family, Geraldine MacGowan, Sean Keane and many more. He has also collaborated with countless others key figures including Alexis Korner, members of the Rolling Stones, Paddy Moloney, Big Jay McNeely, Clarence ‘Frogman’ Henry, Dr. John, Elvis Costello, Doug Sahm and Augie Meyers.

Ron returned to full-time study and graduated with first-class honours in Irish Studies and Film Studies from the universities of North London and UCG, Galway. He now lives near his birthplace in southern Ireland where he divides his time between research, writing, recording and film making.