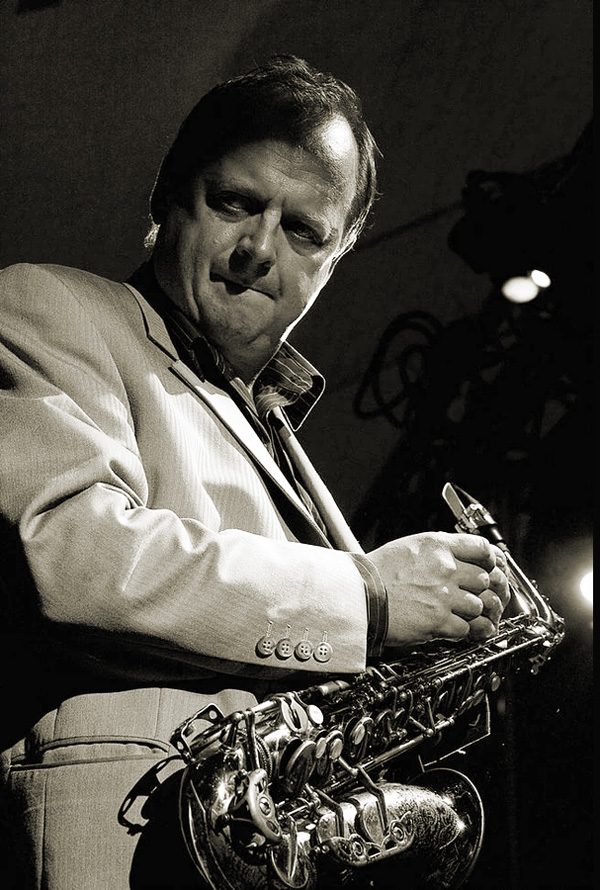 I started the Specific Jazz label intending to occasionally make albums by British jazz musicians in settings that might otherwise never be recorded. The Tony Kofi Quartet set a high standard with the label’s first release in 2004 playing the music of Thelonious Monk and it didn’t take me long to find a contender for another project the following year.

At the time, Alan Barnes had been one of the stars of the scene for many years, having found recognition both here in Britain and on the other side of the Atlantic. I had been introduced to him by Joop Visser and we talked about recording something special for Specific. Joop and I discussed a variety of ideas at length and both agreed that the hard bop of Horace Silver would be perfectly brought to life again by Barnes in a quintet setting. Alan was immediately enthusiastic and started working on repertoire.

So, with Paul Riley at the controls in the studio, Alan’s quintet with Steve Waterman (tpt), John Donaldson (pno), Dave Green (b) and Steve Brown (d) started taking the roof off over the course of a couple of days. The result is an energetic and virtuoso lesson in how to play this music with the musicians ripping into the famous set of tunes and pulling off some astonishing solos.

When the album was released in 2005, Alan said it was the best record he had ever made.