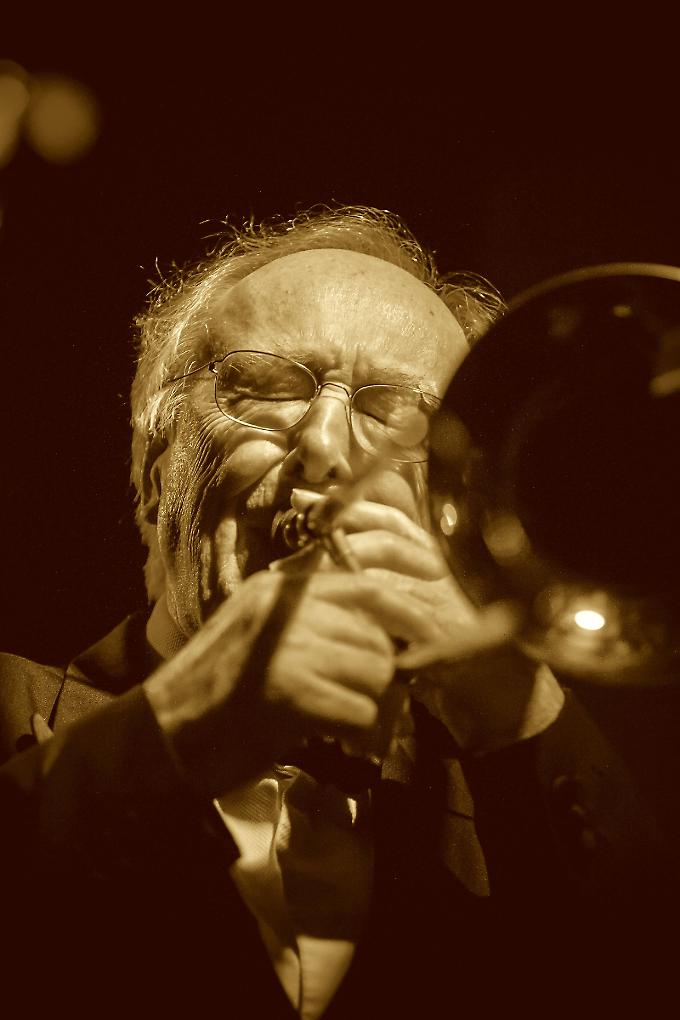 Although it can trace its roots back to 1949, Chris Barber’s Jazz Band had a huge success with “Rock Island Line” and “John Henry” kick-starting the skiffle boom in the UK. It was released on Decca in 1955 under the name of Lonnie Donegan’s Skiffle Group but Chris was the driving force behind it. From this platform, the wave of interest he created amongst a new generation of musicians arguably shaped the future of British and subsequently American music.

Without a shadow of a doubt, the momentous effort he put in to bring artists like Big Bill Broonzy, Muddy Waters and Sonny Terry & Brownie McGhee to England for the first time in the late 1950s inspired acolytes Alexis Korner and John Mayall to spread the word.

From his days as guitarist with Barber’s band, Korner once recounted that in 1961, a young, inebriated Brian Jones eagerly accosted him after the gig intensely discussing the music he had just heard. By this time of course, Barber and Donegan had already lit the fuse for John Lennon’s Quarrymen and the further tremors in the wake of Barber’s pioneering blues tours with the likes of Muddy, Big Bill, Sonny and Brownie certainly got the attention of Jagger and Richards…and then…BOOM. Thanks Chris.

In 1959, Chris and his band had another massive hit with the million-selling “Petite Fleur” enabling him to keep the band touring…and he’s still at it.

Throughout his career, he has collaborated with a stellar cast of musicians and singers, many of whom have donated their tracks exclusively to “Memories of My Trip”. So, I’m re-issuing this fine 2 CD collection in September 2019 as an aide-memoire to remind the current generation that Chris is a colossus of jazz, blues and beyond. Without him, music would have been very different.

At the time of writing, Chris is recovering from a fracture caused by a fall earlier in the year and we wish him a speedy recovery.

Chris was also a founding director of the hugely important Marquee Club in London in 1958. I first went there with my sister Jane in 1965 and it became my favourite London club of the decade. Thanks again Chris!