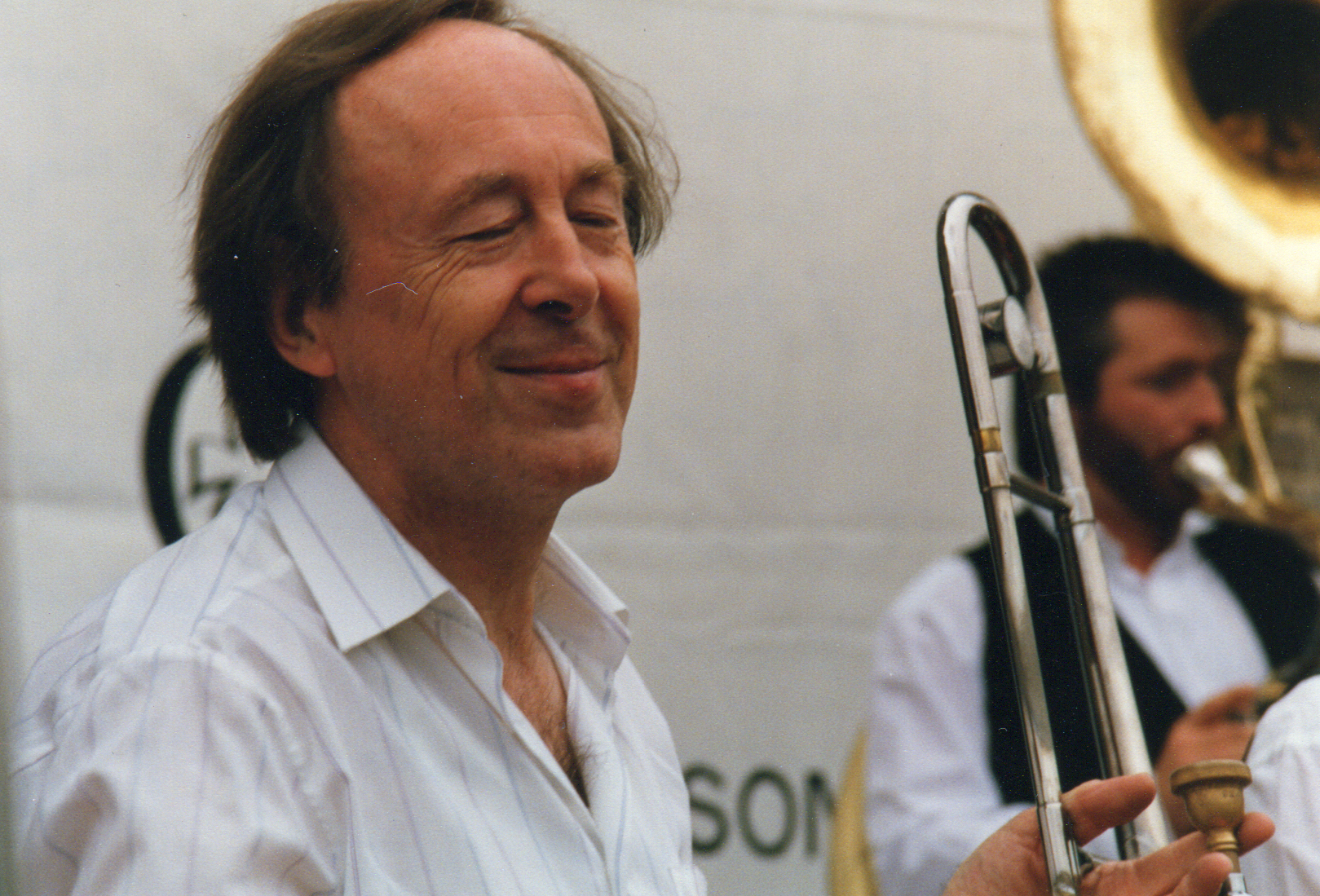 Chris Barber died peacefully in his sleep on 2nd of March 2021.  He had been suffering from Dementia for the last couple of years.  We are saddened by his loss.

He was a musical pioneer on a scale that defies belief when one considers the obstacles that he encountered on his mission.  Without a doubt, he transformed the music scene in the UK and unlocked the door for a new generation of musical adventurers who in turn, continue to inspire.