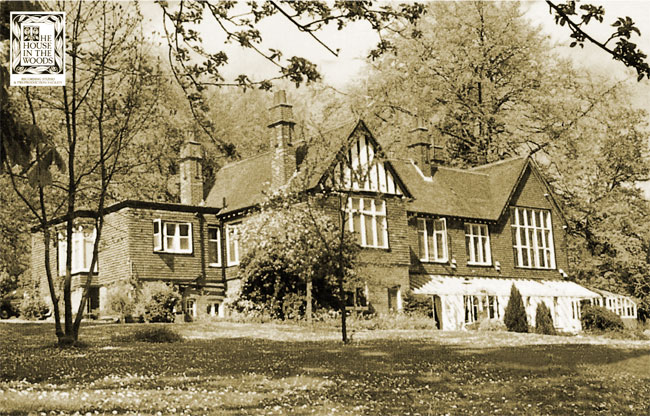 Although it spawned many singers, bands, and musicians who went on to greater fame, the crack in the clouds that became known as the British blues boom did not last very long. My friends and I were fortunate enough to have it on our doorstep. Standing on the shoulders of Alexis Korner and Chris Barber before them, the likes of John Mayall, Fleetwood Mac, Savoy Brown, Black Cat Bones, The Boilerhouse, Chicken Shack and others were frequent performers at our regular haunts which were mainly The Star Hotel in Croydon, The Ram Jam Club in Brixton, The Marquee Club in Soho and the tiny upstairs room at The Nag’s Head pub in Battersea.

Until Chris Youlden joined Savoy Brown, only a handful of British bands were acknowledged as real interpreters of the blues and despite valiantly trying, up to that point by comparison, the original Savoy Brown Blues Band somehow hadn’t quite made the cut. I owned Shakedown (the first album) and went to see them with Bryce Portius on vocals on my seventeenth birthday (10th June 1967) at an all-nighter at The Ram Jam Club on the same bill with John Lee Hooker and John Mayall’s Bluesbreakers (featuring Peter Green for the last time). In September later that year, Paul Riley and I went to the same venue to see Mayall with his new drummer Keef Hartley and the young Mick Taylor making his debut on guitar. That night, with the nod from Mayall, Kim Simmonds made it on stage and introduced a ragged looking Chris Youlden as Savoy Brown’s new singer and the two of them played a well-received version of “Don’t Know Which Way To Go”. By the time I saw them again at The Nag’s Head with Chris at their forefront, this incarnation of the band had sprouted a hairy chest and joined the respected clique. Youlden’s influence on the newly constituted band was blindingly obvious and they were now genuinely world-class.

As the sun went down on that new dawn of British blues and after contributing hugely to some of Savoy Brown’s most successful albums, Chris left the band to pursue a solo career. Astonishingly, even with one of the best voices of the era and two solo albums on the London label, he failed to make an impact and slipped quietly through the net of household names that caught so many others at the time.

Paul and I became friends in 1967 having met at a Jimi Hendrix gig at The Star Hotel in Croydon and we started playing in groups together. Nobody really thought about the future in those days, and it certainly never occurred to either of us back then that our musical paths would cross with Chris’ within a decade.

Although he moved away from our locality around 1970, I stayed in touch with Paul. As 1973 rolled by, I had pretty much given up any thoughts of playing music full-time and was the manager of Drum City in London’s Soho doing the odd gig on the side. In the meantime, he had already carved a name for himself as an in-demand bass player and was blazing a trail working flat out in Chilli Willi and the Red-Hot Peppers with Martin Stone.

The tremors from those pub rock pioneers rumbled into an earthquake of independence that changed the music landscape beyond recognition and Paul stayed in the thick of it. By the summer of 1979, a plethora of London venues were competing for new blood. “Boss” Goodman of Dingwalls invited him to form his own blues-band for a Sunday night residency starting in August. Even though we did not average thirty years of age, Paul called asking me to fill the drum chair in the outfit he was naming “The Old Tossers” joining him with Martin Stone on guitar and Will Stallibrass on harmonica. I was knocked out when he told me that Stoney had been in touch with Chris Youlden who’d also agreed to join the band as the singer. Stallibrass was an old chum and a band-mate of Paul’s from Croydon who had been an ad hoc harp player with the Willis and guested on their album.

Chris excelled as our featured vocalist and the Sunday night sessions soon attracted others keen to sit-in with us for a few numbers. Jo Ann Kelly was the most frequent of our guests and her duet with Chris on Fontella Bass and Bobby McLure’s “Don’t Mess Up A Good Thing” was always especially good. Other regulars included Phil May, Paul Jones, Jona Lewie, Wayne Kramer, Lew Lewis, Noel Brown and Bill Hurley. The residency lasted for quite some time into 1980 but none of us remember exactly how long. The gigs were popular and well attended but eventually came to an end.

During the Chilli Willi days, Paul had got interested in recording techniques during the making of the Bongos Over Balham album and in the intermediate years following their demise had gained a reputation as a fine studio engineer. At some point he wrangled us into Nick Lowe’s Ampro Studio for a day to attempt recording some OTs tracks, but they didn’t amount to anything worthy of use. So alas, a grainy “live” cassette recording with plenty of flutter and not much wow, and a couple of out-of-focus photos are the fading shadows of those Sunday nights.

Inevitably, we all went our separate ways. But I wasn’t going to leave it there.

During the mid-eighties, I got a couple of gigs for the band and asked Dave Briggs to play guitar because Martin was not available. Using mostly the same material as at Dingwalls, we performed as The Slammers and it sounded good. By 1987, Giz and Marijke VanderKleut had moved from Croydon and were well-established in their recording studio in Bletchingley named The House In The Woods. So, eager to give my drums an airing, I booked it for a long weekend to see if we could recapture any of those Dingwalls shadows. I hoped that with a chance to relax over a few days, we’d get a better result than our hasty effort at Ampro…and indeed we did. The fun was repeated at the first opportunity a couple of years later and we found ourselves with a few reels of keepers from the two sessions.

Each of the eighteen analogue recordings had enough of a grape-like bloom at the time to merit being picked and prepared for later enjoyment. Savour the vintage. The cork has been taken out and the complete recordings of Chris Youlden & The Slammers is served.

The rest of the story is in the album liner notes…