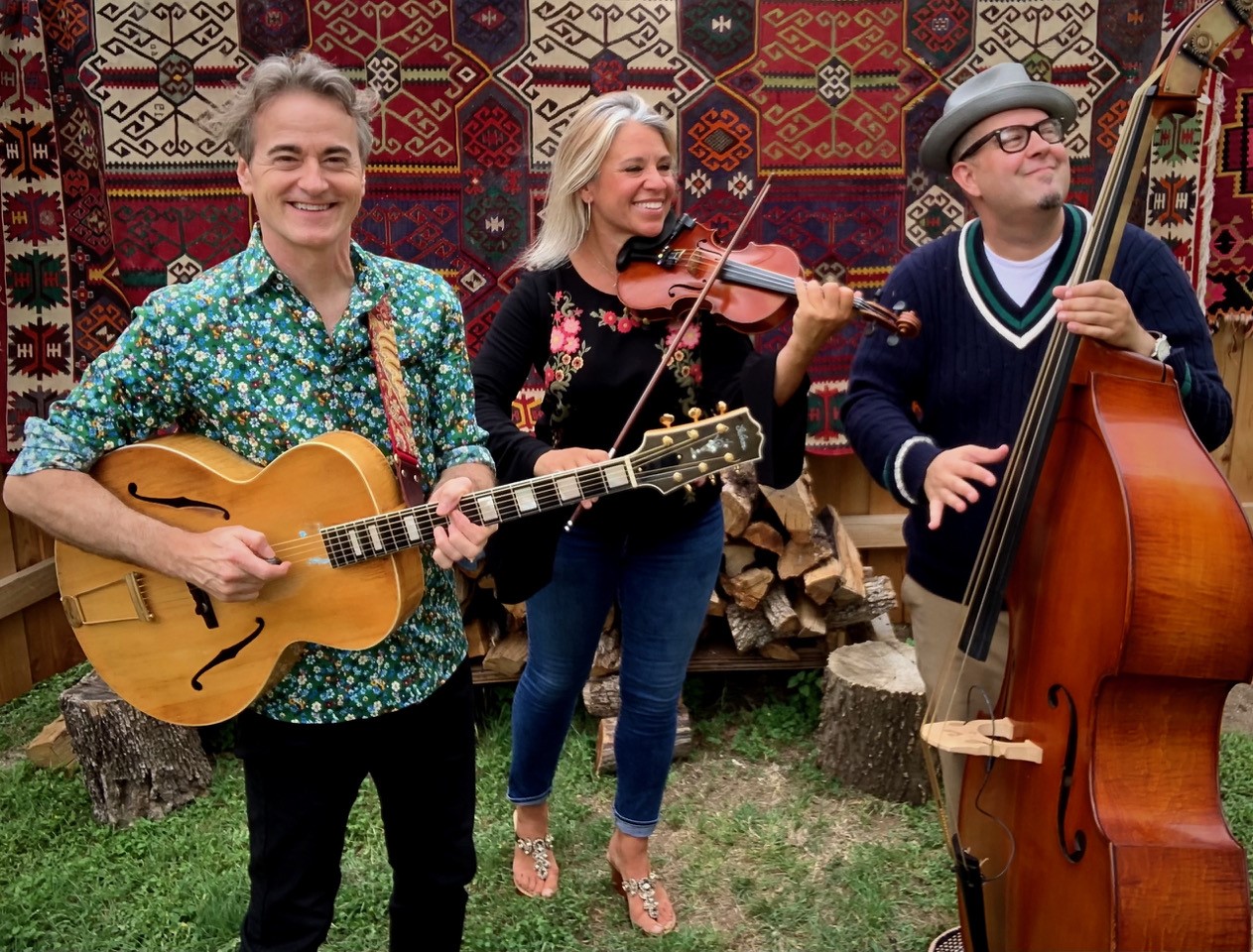 Elana James and Whit Smith of the Hot Club of Cowtown are celebrating the band’s first twenty-five years by emerging from lockdown with a string of dates which already stretch way into 2022.  It’s a clear indication that the world is hungry to hear more from this great trio.   Bassist Jake Erwin retired from the band in 2020 but was replaced by Zack Sapunor, who – with bags of experience - is a perfect fit into what is undoubtedly America’s premier hot jazz and western swing trio.

An additional cause for celebration comes in the form of what is astonishingly the band’s first vinyl release.  It’s scheduled to hit the streets on 8th October 2021 and is a 12” album edition of WHAT MAKES BOB HOLLER.  This record was originally released only in CD and digital formats but was deleted and has been unavailable for some time.

And what a gas it is for me to be involved with the band again.  The recordings were made while they were doing some shows in the UK back in 2010.  I suggested at the time that they take a couple days out and the end of the tour and come into the Proper Records studio to cut some tracks as a tribute to one of their prime influences, Bob Wills and his Texas Playboys.

Even though Whit had all but lost his voice to a virus infection and was jacked full of antibiotics, they went ahead with the studio dates – changing keys on the spot to cope with his temporary voice.  Paul Riley engineered the sessions which were all done live with no edits or overdubs…just the way Bob would have done it.  It was a remarkable all-round performance which perfectly showcased their mastery of the music while capturing their jubilant energy and truly outstanding musicianship.

During playback, we all agreed that without exception, every track hit the spot that would have made Bob holler, and so the usual elusive search for an album title came to an abrupt and satisfactory end.

At the time of the original release, vinyl albums were still something of a novelty and I decided against taking the risk of manufacturing in that format.  However, these days, most music fans have got a record player and there’s no doubt that it has been worth the wait to hear this on vinyl.  It really is the ideal way to enjoy WHAT MAKES BOB HOLLER, although you will also be able to get again on compact disc and digitally on release date.