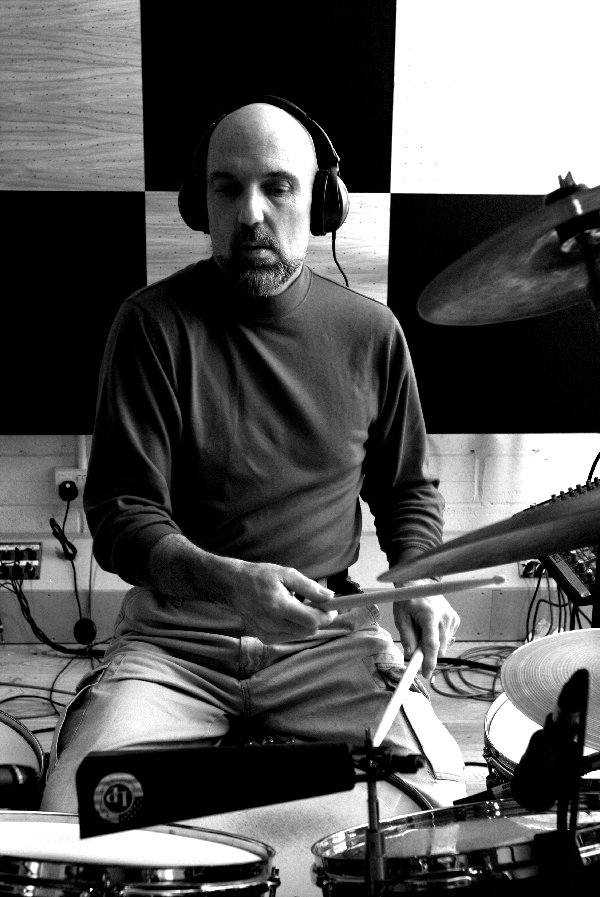 In my hometown of Croydon on the south side of London during the 1960s, I was lucky enough to witness some of the finest live music imaginable, all of which raised the bar of my musical appreciation very high and very wide.

I thought that having a front row seat with my father for Duke Ellington in 1964 had set the dial for me until in 1965, I saw John Mayall with Eric Clapton. Then from 1966 the floodgates opened. Cream…Hendrix…I could go on, but I don’t want to side-track.

In 1967, with another twist of the kaleidoscope I found John Peel’s late-night radio show, The Perfumed Garden. It was on the offshore pirate Radio London and Peel’s entrancing programme became my window on another world during England’s own “Summer of Love”. One night he played "Autumn’s Child" from a new album by Captain Beefheart and His Magic Band. That was it. I couldn’t believe it. I needed more.

Back then, buying records was a very expensive business and each prized purchase was the result of endless deliberation. But, at the expense of all other sources of recreation, I had no hesitation in immediately spending a quarter of my week’s wages on an imported copy of SAFE AS MILK. And what an outstanding album it turned out to be. Aside from anything else, the style of drumming was totally original – an essential differentiator between John French and his contemporaries. The other guys also had their trademarks. The Magic Band had taken off. The Captain had chosen his crew very well. Where was it going? I bought my ticket for the ride.

It’s interesting to reflect on the life-changing impact of me exchanging a handful of crumpled one pound notes for twelve inches of plastic and cardboard. Very interesting indeed. Great value. A few shillings an inch for a lifetime of pleasure.

Anyway, it wasn’t until May 1968 when they first toured England that Beefheart and the band played in my local pub, The Star Hotel. Although indescribable, I still rate that gig as one of my all-time favourites. By this time, to add another dimension to the weirdness, they had each been bizarrely nicknamed by Beefheart and were dressed generally as they were later to be seen inside the TROUTMASK REPLICA album artwork. Every member of the band was playing stuff that was simply unimaginable by almost any standard, but in the engine room, Rockette Morton and Drumbo were off the scale. Seeing and hearing John “Drumbo” French from my vantage point in front of the stage gave me a whole new perspective on drumming.

The bar was now about as high as it would ever go.

Over the course of the next few albums, John’s invaluable presence contributed hugely to what is now acknowledged to be a monumentally important body of work by Captain Beefheart and His Magic Band. His tireless involvement as Beefheart’s musical interpreter went largely uncredited at the time, and equally unrewarded. Thankfully, in more recent years, his efforts have achieved the recognition they deserve.

I bought every Beefheart album as it came out and continue to enjoy them to this day, although at the time, and for many years after, I had no idea of the vital role John played in the creation of these musical milestones.

That was because I was at Glastonbury that year and saw that there was a group named The Magic Band playing somewhere in the festival. At first, I assumed that some upstarts had glommed the name, hoping nobody would notice. But…could it be…? I’d hate to miss it if…? Intrigued, I trudged through the mud, found my way to the small stage and was delighted to find that not only was it certainly key members of Beefheart's band taking to the stage, but also – from the moment they kicked off through to the last note, they were still just fucking great. We talked after the gig and that led to me releasing some albums by the re-formed Magic Band on Proper Records.

Having heard a few of the real stories from the horse’s mouth about John’s work behind the scenes with Beefheart, I offered to publish his truly extraordinary autobiography to help set the record straight. In BEEFHEART: THROUGH THE EYES OF MAGIC, John takes the lid off life in the Captain’s creative cauldron, giving a sometimes jaw-dropping account of events from the inside. It’s music history. Great history. There’s never again going to be anything on the subject of Beefheart written with such honesty and authority. John’s own recollections are backed up by many first-hand accounts of those hitherto mysterious days, by those who were there.

Later that year in September 2004, I visited John at his home in Lancaster, California, to discuss our business. As I was leaving, he rather bashfully handed me a cassette of four songs he’d written, dismissing it as “…just work in progress”. I took the tape and played it in the car on my way back to L.A. It was fantastic. A true illustration of his influence on the Beefheart oeuvre. I called him while I was still in the car, pledging my support if he would write more.

It wasn’t long before John was sending me further demo tracks of the same quality and we agreed that I would cut an album by him under the name of Drumbo. He assembled a cast of Magic Band alumni to record in California, but we decided that it would be best to have Paul Riley record the drums and bass in our Specific Sound studio at Proper Records HQ in London. We were all very happy with the final recordings and the album CITY OF REFUGE was released in 2008. Unfortunately, like so many other great records, it tragically went unnoticed.

Duke Ellington said, “There are only two kinds of music, good and bad.”

John “Drumbo” French is now retired from a life in what I believe to be GOOD music.

To prove my point, I decided to re-issue DRUMBO: CITY OF REFUGE and also get his book BEEFHEART: THROUGH THE EYES OF MAGIC back in print.

They are a treat and will last you a lifetime.