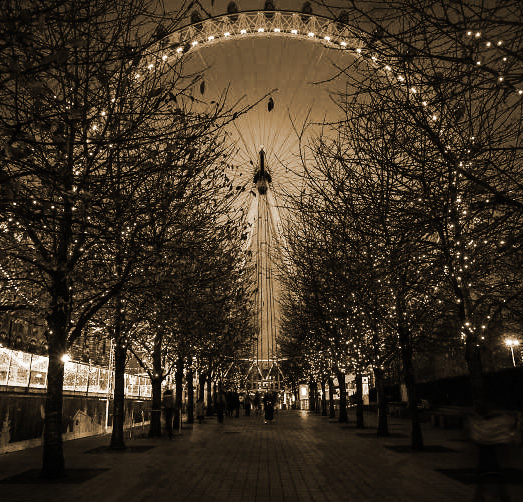 Above all, this goes down as year that Chris Barber retired from performing music, just short of ninety years of age. The more I have thought about it, the more I have come to appreciate the results of his seventy-year shift. Keeping any sort of enterprise working for that length of time is almost impossible. The fact that Chris did it with his band in the shark pool of the music business deserves the “Queen’s Award for Enterprise.” This was no ordinary feat. As I have previously noted elsewhere, Barber’s influence on the music taste of the young Brits most definitely shaped my life. Thanks again Chris for lighting the path for me and so many others. The re-issue of “Memories of My Trip” is a testament to the pioneering musical life of Chris Barber and will hopefully serve to inspire others.

Geraint Watkins emerged from the shadows with a new record. Following the departure from this life of two long-time collaborators – Neil Brockbank and Robert Treherne - Watkins was encouraged by Simon Ratcliffe of Basement Jaxx to complete a collection of “work-in-progress” songs. Simon’s influence resulted in a unique mini-masterpiece and we’re proud to be involved in bringing it to your ears. Like all of his records, it was well worth waiting for. In 2020, Geraint and his band will be commencing a monthly London residency on Sunday lunchtimes at The Troubadour. There are also tour dates being added including festivals, so stay tuned for details.

Meanwhile back in the States…

…Jimmie Vaughan’s latest album “Baby Please Come Home” earned a Grammy nomination because it is such a fine traditional blues album. Jimmie has had his busiest year for a long while notching up over one hundred headline dates with the band and also double heading with Buddy Guy. He also opened for Eric Clapton in USA and Europe and was featured with his band and guests Billy Gibbons and Bonnie Raitt at Crossroads in Dallas. He still finds the time to regularly appear with the trio at C-Boys in Austin, which is still one of the truly cool nights you can have in that absurdly busy music city. Check your calendar if you’re planning a visit. It’s unmissable.

Rosie Flores is often appearing on the same night as Jimmie at C-Boys. She released her first album for a few years in 2019 marking a change of direction into the blues. The album was well received by reviewers and fans and tours of Britain and Europe are already being set up for 2020. Rosie’s band in Britain includes the aforementioned Geraint Watkins.

One of the other cool nights you can have in Austin is tracking down Bill Kirchen. His usually playing somewhere and it’s always a treat. We quietly re-issued Bill’s “Tombstone Every Mile” album this year. Further re-issues are planned for next year and we’ll be trumpeting the whole lot in one go when Bill returns to UK in May/June 2020 for another tour…and don’t worry - the tireless Titan of the Telecaster is still putting rubber on the road in USA.

So how about that? Last Music Company, with only a handful of releases to its credit, achieves a Grammy nomination in two successive years. Maria Muldaur’s 2018 tribute to Blue Lu Barker was short-listed in the category won by Buddy Guy and now Jimmie’s knocking on the door again. Maria also featured at the AMA 2019 Awards in Nashville where she won this year’s Lifetime “Trailblazer” award.

All-in-all, it’s been another enjoyable year us and so we take the opportunity to wish everyone a Merry Christmas and a happy, healthy and prosperous year ahead.