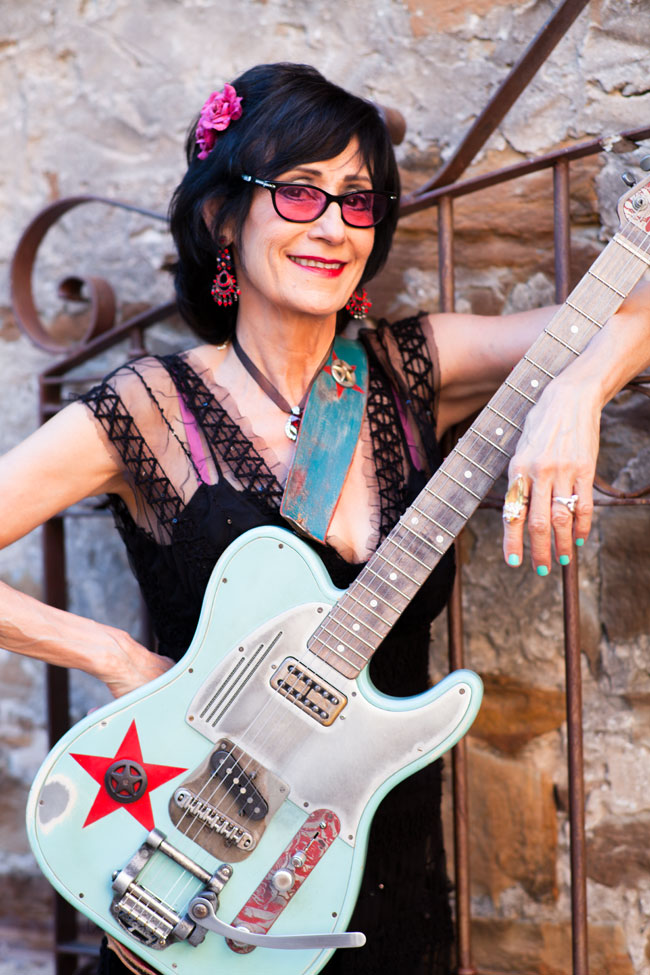 In Austin Texas, August 31st 2018 is officially ROSIE FLORES DAY. The city first bestowed the honor on her back in 2006. This year to mark the occasion, followers who have been waiting since 2012 for a new solo album will be rewarded by the release of a digital single “Drive Drive Drive” from the forthcoming album on her new label.

“Simple Case Of The Blues” finds Rosie with both boots firmly on the blues highway for the first time on record…and it’s a long-overdue killer, scheduled for release in February 2019.

We know that the cognoscenti needs no convincing of the breadth of Rosie’s talent, but it’s a real pleasure for us at the Last Music Company to have the opportunity to introduce her to uninitiated blues fans across the globe with this release. They’re in for a treat.

From her seemingly effortless guitar playing and singing on every track, it’s evident that she was absolutely in her element in the studio and loved working with this great band.

Her deep-rooted, long attachment to the blues in its many forms simply bursts out without any fakery. The production by Charlie Sexton and Kenny Vaughn is a seamless weld of Rosie’s alt. country originality and contemporary blues.

“Drive Drive Drive” is a perfect taste to whet the appetite for a fine album. ~ Malcolm Mills