Another Kind of Soul 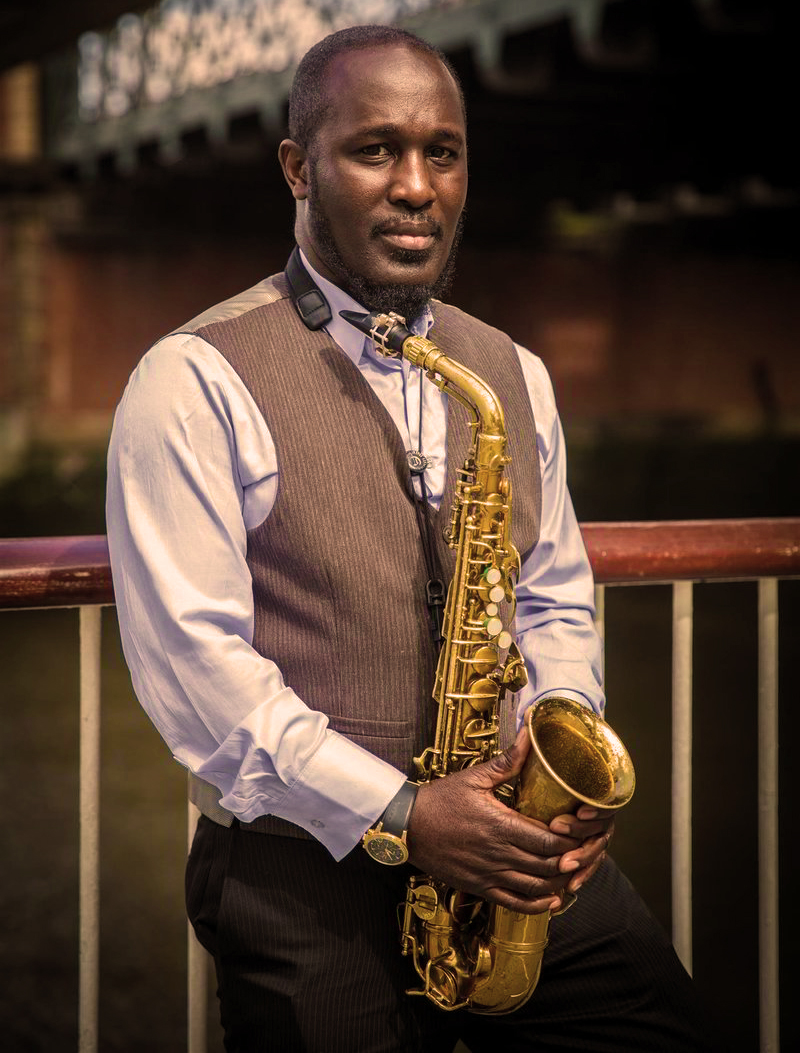 My previous post was about how I was inspired to record Don Weller’s Major Surgery back in the 70s because they didn’t have a record deal and I didn’t want the music to disappear.

These days, everything seems to get documented in digital imagery and sounds but it’s often hard to land on a rock of quality in the overwhelming ocean of material that is available to viewers and listeners. So, having a record company at the helm to navigate these waters is still a vitally important element of bringing music to the ears of those unable to witness performances.

I’ve said it before about Tony Kofi, but it is very hard for jazz musicians like him to make a living solely from performing the music that comes so naturally to them. They have to constantly go in search of paydays in a wide variety of situations and rarely have the opportunity to consistently perform specific projects dear to their hearts.

My association with Tony Kofi began when we recorded his Thelonious Monk project featuring his quartet with Jonathan Gee, Ben Hazleton and Winston Clifford.  It was released in 2004 to great acclaim and won the BBC Jazz Awards “Album Of The Year.”  Since then, I have released every album that Tony has made—all recorded by Paul Riley and each one showcasing a different facet of Tony’s talent as a player, arranger and composer. His music will never disappear now.

When I heard about Tony’s collaboration with Alex Webb celebrating the life of Cannonball Adderley, I immediately agreed to getting another recording session underway to ensure we preserved yet another milestone in Tony’s career.  This time it would be released on 12” vinyl—Tony’s first release on the perfect medium for recorded jazz.

Cannonball Adderley was a giant in every aspect of his presence, but arguably, if it hadn’t been for his work with Miles Davis on the multi-million selling Kind of Blue album, the great man may possibly be as obscure these days as the likes of the equally prolific Gene Ammons.

Inspired by the notion that Adderley does not get the recognition he fully deserves, Tony Kofi formed a quintet with Alex Webb to create a concert programme named A Portrait of Cannonball.  Alongside Webb’s piano is Andy Davies on trumpet with Andrew Cleyndert on bass and Alfonso Vitale on drums.  Kofi’s quintet performing this music is a truly uplifting experience with each member of the group gone in the spirit of Cannonball for the evening.

Jazz differs with every performance and is best experienced live. Having witnessed the “Portrait” show a few times, I offered Tony the opportunity to record two nights at The Bear Club in Luton for a fifth album by this great British musician, showcasing his alto sax playing.

Tony and the band were in great form, the audience loved it and I was really pleased with the result.  We then faced the complex problem of what tracks to omit to ensure maximum audio fidelity on this vinyl only album.  What we arrived at is a distilled version of two very special nights, immortalised by the sound recording of Paul Riley.

Side one of the record opens with Alex Webb’s composition entitled A Portrait of Cannonball followed by Tony’s own homage to the man—Operation Breadbasket.  The latter work references Adderley’s involvement in the scheme of that name to help African Americans, which is the subject of Cannonball’s Country Preacher album.  The scene is set for Another Kind of Soul which is pure Cannonball and then Kofi closes out the side with a breathtakingly soulful Stars Fell on Alabama.

From groove one, side two takes off again with two signature Cannonball compositions Things Are Getting Better and Sack O’ Woe. Brother Nat’s Work Song—the evening’s encore— was the final roof-raising crowd-pleaser.

The album is not called A Portrait of Cannonball as there is already one bearing that name by the great man himself.  It is however, without a doubt, Another Kind of Soul by Tony Kofi.  ~ Malcolm Mills