Titan of the Telecaster 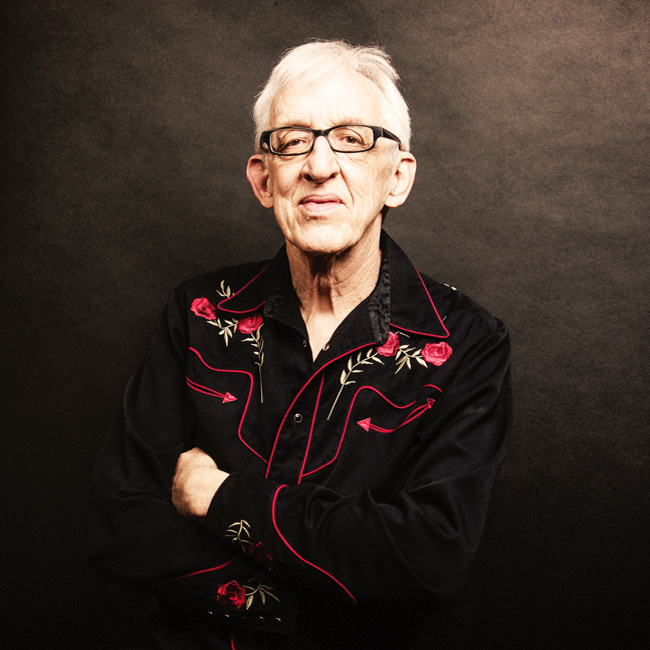 Upon tallying how many decades he’s worked as a professional guitar slinger, Telecaster master Bill Kirchen quips, “Well, they don't make 50 years like they used to.”

They don’t often make careers like his, either. From performing with his Who Knows Pickers jug band in Ann Arbor High School’s senior talent show (also on the program: the future Iggy Pop), to birthing the Americana genre with the original “hippie country band,” Commander Cody and his Lost Planet Airmen, this affable Austinite has been everywhere, man, flying alongside some of the planet’s coolest cats — including the Jesus of Cool, Nick Lowe, and Lowe’s old protégé, Elvis Costello. Kirchen has toured the world with Lowe, who produced an album by Kirchen’s post-Airmen band, the Moonlighters, and Costello recruited Kirchen for high-profile gigs like the Hardly Strictly Bluegrass Festival — and even named his festival band after Kirchen’s Hammer of the Honky-Tonk Gods album.

Lowe appears on that 2006 album, and its 2010 follow-up, Word to the Wise, along with Costello, Maria Muldaur, Dan Hicks and other luminaries. And now those albums, plus Kirchen’s third Proper Records release, 2013’s Seeds and Stems, are being combined with three bonus tracks from Transatlantica, his 2016 project with pub-rock progenitor Austin de Lone, as a two-CD retrospective titled The Proper Years. Waxworks, is a vinyl best-of version of the collection.

A well-balanced mix of engaging originals and wonderfully rendered covers, The Proper Years admirably conveys Kirchen’s versatility as a player and singer — one of the first to mash up rockabilly, country, western swing, honky-tonk, jump blues, jazz, boogie-woogie and even the “psychedelic folk rock” he played with the Seventh Seal, the band he formed while attending  the University of Michigan. (MC5 manager/activist John Sinclair got them a dealon the ESP-Disk label, home of Sun Ra, but the band turned it down.)

Somewhere between steering Commander Cody’s “Hot Rod Lincoln” into a top-10 hit and scoring a Grammy nomination for Best Country Instrumental Performance, Kirchen dubbed his sound “dieselbilly,” wrapping his fondness for country’s truck-driving song subgenre (as in big rigs, not pickups), its intersection with the Bakersfield Sound and his own name into one memorable moniker.

Kirchen’s right-place-at-the-right-time career has put him at the forefront of many musical movements, including outlaw country; Commander Cody’s 1974 album, Live from Deep in the Heart of Texas, recorded at Austin’s legendary Armadillo World Headquarters, made Rolling Stone’s 100 Best Albums of All Time list.

But whatever label Kirchen’s music wears, it’s always notable for its balance of high-octane energy and deft understatement. There’s no leadfoot excess; Kirchen’s all about finesse — a sensibility absorbed from the symphonies and Broadway musicals his parents loved, along with the orchestral works he played as a school-band trombonist. Through another major influence, Interlochen Center for the Arts summer camp counselor David Siglin (who would go on to run famed Ann Arbor venue the Ark), Kirchen became immersed in folk traditions and learned to love the “big, sonorous tones” of an undistorted guitar.

It’s fitting that this collection begins with his ode to that Telly-modeled “stick of wood” he calls “the bicycle of the electric guitar —the most efficient way to get from point A to point B.” That song also serves as exhibit A in a collection showcasing a central facet of Kirchen’s songwriting: his wit. If there’s a laugh to be reached for — or stooped to —Kirchen’s goin’ for it; you don’t survive years in a band named Commander Cody and his Lost Planet Airmen, or drop album titles like Seeds and Stems, without possessing a gleefully subversive, double-entendre-loving funny bone.

“I like music where at least someone onstage is smiling sometimes, fer crissake,” jokes Kirchen, who’s often grinning happily when he’s not busy singing. But for every injection of humor, there’s an equal dose of heart (and in some cases, heartbreak). And songs like “Tell Me the Reason” or “Get a Little Goner” illustrate another truism: Kirchen often sets the saddest or mostbiting lyrics to the jauntiest melodies.

Those two were cowritten by his wife, Louise; “Goner” also features frequent contributor Sarah Brown (coincidentally also raised in Ann Arbor). Kirchen likes collaborating; on Word to the Wise, a musical reminiscence of sorts, he tapped several favorite artists to join him, carefully selecting or writing songs for each. In the liner notes, he explains, “The criteria we used were that you had to be A) someone I had actually played with, either on stage or record, and B) not dead yet.”

Sadly, Norton Buffalo, who played harmonica with the Airmen and Moonlighters, passed away shortly after recording “Valley of the Moon” — in which Kirchen revisits scenes of his early life with Louise on a trip to attend a funeral (for Hacienda Brother Chris Gaffney, another musical mate). Dan Hicks, who delivered a note-perfect duet on the title tune — written for him —died in 2016. But as of this writing, Lowe, Costello, Maria Muldaur, Paul Carrack, original Asleep at the Wheel vocalist Chris O’Connell and Commander Cody (aka George Frayne) are still very much with us.

Kirchen’s entertaining liner notes explain his connection to each, tracing many of these relationships directly to longtime collaborator and “mainman” Austin de Lone, who appears on all three solo albums and shares billing on Transatlanticana.

Philadelphia-born keyboardist de Lone and his band, Eggs Over Easy, moved to England in 1970, urged by Jimi Hendrix’s manager, Chas Chandler. Their rootsy mix of blues, country and rock caught on — and germinated the pub rock movement, whose acolytes included Brinsley Schwarz, in which Lowe played bass. In 1972, de Lone moved to California, where he met Kirchen. Years later, de Lone wound up joining the Moonlighters and introducing Kirchen to Lowe, who produced the band’s 1983 album, Rush Hour (and introduced Kirchen to Costello). That album was engineered by Paul Riley, who eventually would produce all four of Kirchen’s Proper Records albums.

A devoted Anglophile, thanks to two aunts who married Brits, Kirchen began recording for the label after owner Malcolm Mills promised, “I'm going to give you the best deal you've had in 25 years.”

He did, too. Mills not only supports Kirchen’s recorded output, he also supports the guitarist on stage, right alongside bassist Riley. “Where else do you get a record company where the owner plays drums, the producer plays bass, and they tour with you?” Kirchen says of his good friends. “They’re the best.”

That’s just another twist in an incredible career trajectory set in motion, according to Kirchen, by two pivotal events: the 1964 and ’65 Newport Folk Festivals. As a high-school kid on a quest to catch Mississippi John Hurt, he thumbed to the first one, then went back the following year — and witnessed Dylan going electric.

“That pretty well blew away the competition for what I was going to do before, or if, or when I grew up,” he says of those experiences. Five years later, he found himself sharing a bill with John Lennon, Yoko Ono and Stevie Wonder, when Commander Cody and the Airmen, who’d formed in Ann Arbor, played a benefit for Sinclair after he got 10 years for two joints.

A mere 50 years later, Kirchen’s still having a blast. He’s even planning another tour with Riley and Mills. But releasing this package, he says, “nicely puts a bow on a whole, very enjoyable period of my life.”

Then he cracks, “Don’t tell anybody, but it's not as hard as it looks.” 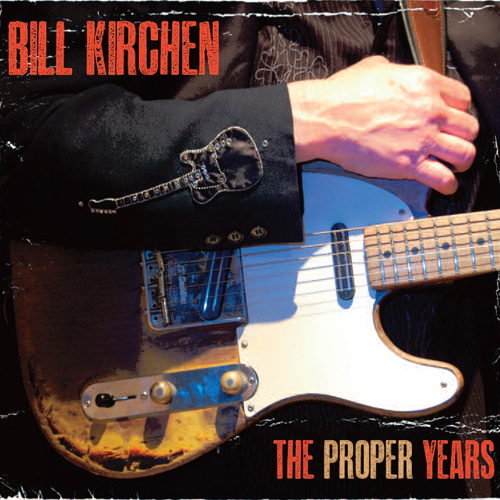 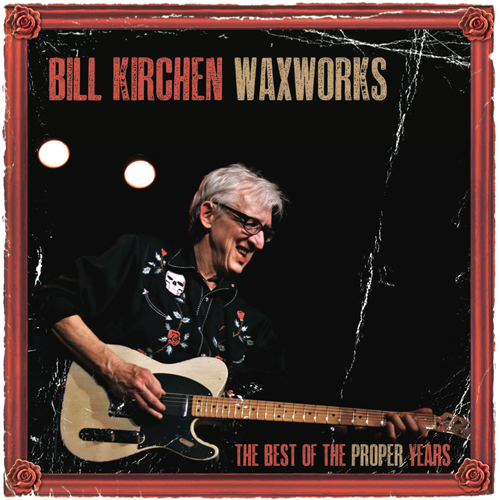 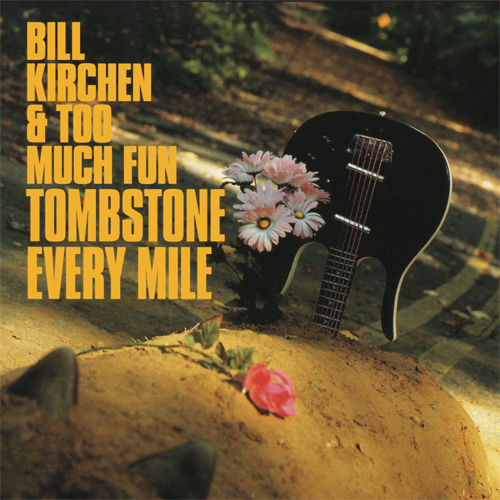 The Hanger on the Hudson

The Duke of Cumberland

The Music and Arts Centre

The Night and Day Cafe

The Chapel and Angel Microwbrewery

Bill Kirchen band AND Geraint Watkins and the Mosquitoes