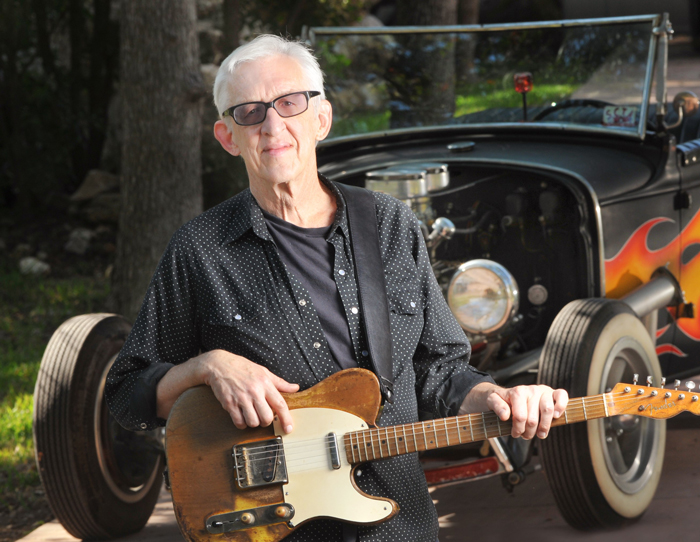 Back in 2006 I encouraged Bill to make a record for us at Proper in our (then) new studio.  He has since told me that he consulted with Jake Rivera about the merit of signing a deal with me and I got a clean bill of health.  We’ve not looked in the rear-view mirror since.

He had some ideas about the songs he wanted to cut for the first album and wanted to know if we could assemble his dream team of Nick Lowe, Geraint Watkins, Robert Treherne for the tracking with Paul at the desk.  Everybody was available, willing and gracious enough to get on board.  It was a re-union of Nick’s Impossible Birds with a sprinkle of Austin de Lone and the resulting album, Hammer Of The Honky-Tonk Gods, set the bar high for what was to become a trilogy recorded at Proper’s studio over the next seven years.

For the second album, I suggested that Bill should contact some other key collaborators from his past.  He came up with a fine clutch of willing participants and each of them put their unique talent to work for the Word To The Wise album that was released in 2010.  Guests included, Blackie Farrell, Chris O’Connell, Commander Cody, Dan Hicks, Elvis Costello, Maria Muldaur, Nick Lowe, Norton Buffalo, Paul Carrack and others.

I wanted Bill to release another album in 2013 to help get some tour dates for him in the UK.  In the absence of sufficient new material to do something completely different, I came up with a list of tracks that Bill had previously cut for other labels over a variety of releases.  In my view, these were the crème de la crème of his earlier works and it would be great to hear them all recorded by his current trio featuring Maurice Cridlin on bass and Jack O’Dell on drums.  Seeds and Stems had the distinction of having the only studio recording of Hot Rod Lincoln and it sat perfectly alongside his classic old catalogue in a contemporary setting.

Well those three records are now all deleted but Bill is still putting rubber on the road as relentlessly as ever and a man’s gotta have a merch table.  So, we’ve put all three albums together (with three bonus cuts) onto a double CD with a twelve-page booklet where Bill tells the story of the whole Proper trip.  For those who just can’t do without it and still like to build one, there’s a 12” vinyl album with a good selection from the repertoire.

Bill Kirchen – The Proper Years (and a vinyl “best of”) was due to be released in May 2020 just before Bill arrived in the UK for another “thunder ‘n’ lightnin’ ride” of dates with Paul on bass and me on drums.  But that was pre-virus and now the UK leg of the album release dates has gone further west than the setting sun…closely followed by Bill’s other live shows planned in North America.

But, there’s no need for you to motor west ‘cos you can still get you Kirchen kicks – even out in the sticks – if you get yerself this fine set of Bill’s guitar licks.

The albums are now scheduled for release on July 24th.  Keep an eye out for updated tour dates.

In the words of the man:

‍“A whole lotta things that I never done, but I ain’t never had too much fun.”