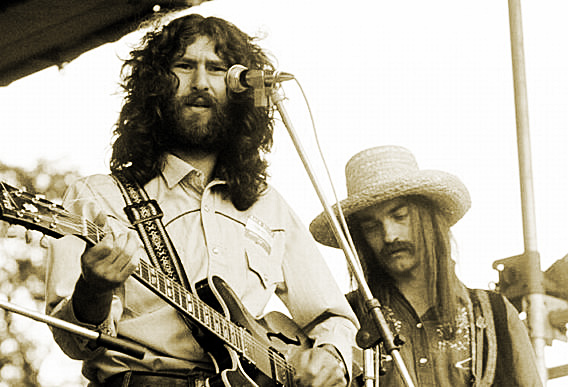 South London musicians Philip Lithman and Martin Stone always avoided the obvious. It was the only way.

This uniqueness crystalized when they established themselves as Chilli Willi and the Red Hot Peppers in the early 1970s. By that time, the pair already had a few miles on the clock in various outfits drawing on their extensive knowledge of American roots music coupled with an undeniable ability to play it.

Stone, Lithman and others were in deep. Living it. Doubtlessly, carefully sharing stuff with other Mods bitten by the same bug. Hoping to keep it a secret. Saving it up.

In the blinking of an eye they expanded into a quintet and set about enlightening audiences for a couple of lively years. Lithman’s own compositions dominated the repertoire, perfectly punctuated with (what were at the time) obscure gems by the likes of Louis Jordan and Johnny “Guitar” Watson. It was hugely entertaining in every respect. There was absolutely no other band in the UK that came close to what they were doing.

Sadly, being number one in a field of one at the wrong time had inevitable consequences and after their two albums somehow failed to register…it was TILT – GAME OVER.

Guys like Martin and Philip were so far ahead of the pack in England, that it’s hard to understand why they weren’t more influential and commercially successful, especially with the expanded version of the band featuring extra Willis and Pepperettes. Like their American contemporaries, The Grateful Dead and others already signed by major record labels across the water, they were working from the original source, drinking from the same well.

How does one possibly explain to the digital generation just how expensive and difficult it was for Brits of the 50s and 60s to dig proper American music? As a young teenaged schoolboy, the only way I could afford to listen to old jazz records was to occasionally venture up to Dobell’s record shop in London buy 78s for sixpence when they were clearing the decks to make way for the vinyl album revolution that was underway.

The Stones opened the real American music box for us all in 1964.The subsequent “British blues boom” enjoyed its deserved flash of fame but got bogged down having made its mark around the world. A few individuals emerged in glory. Martin was there from the start. I saw him with the Savoy Brown Blues Band in those early days at the Nags Head in Battersea and once again with them at the Ram Jam Club backing John Lee Hooker.

Then he was gone. Ahead of the curve. Not his kind of swamp.

I didn’t see him onstage again until a few years later when the five-piece Willis were airborne. What a great band. Always a terrific night out. Packed houses. A musical education. Then they too were gone. But they had started something....

Barney Bubbles did the cave paintings.

The music speaks for itself.