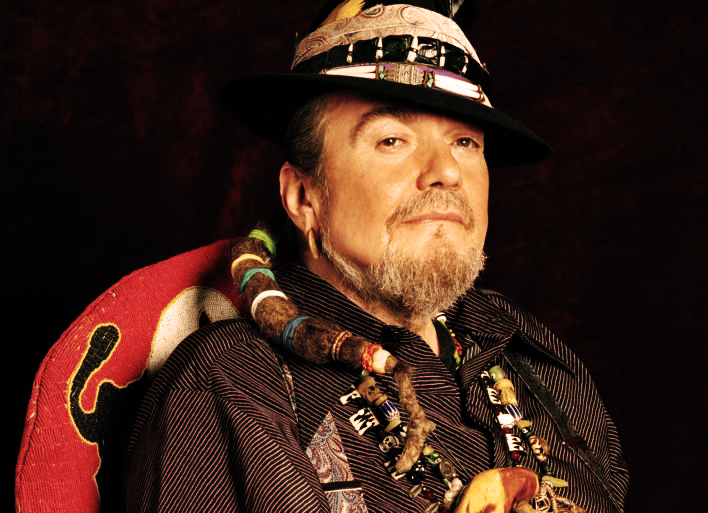 June 6th, 2020 marks the first anniversary of the passing of Mac Rebennack – the artist known worldwide as Dr. John.

I first released his SKE-DAT-DE-DAT (The spirit of Satch) album in 2014 after I met him in 2012 to hear from the horse’s mouth why he wanted to make this record. He told me “Louis Armstrong visited me in a dream and all he said was “do my music your way” - that’s all he said. That was the whole fuckin’ dream”.

So that was that. Who could refuse? I certainly couldn’t. He said it would be the last record he would make, and he needed to do it. Count me in.

He invited me to the show at The Hollywood Bowl, which featured most of the guests who would appear on the album and believe me, the spirit of Satch was most certainly in evidence. BIG TIME.

We got signed up for the deal just as he was finishing up recording “Locked Down” with Dan Auerbach. Then it got complicated. Our “Louis” project got bumped. After more delays, John Burk of Concord Records came to the rescue and offered to help me jump through the hoops of burning fire necessary to get the record cut. Without his experience, it would never have happened. Eventually, the studio was booked in New Orleans and the sessions got underway with guests including Anthony Hamilton, Arturo Sandoval, Blind Boys of Alabama, Bonnie Raitt, Dirty Dozen Brass Band, James “12” Andrews, Ledisi, Nicholas Payton, Shemekia Copeland, Telmary, Terence Blanchard, The McCrary Sisters and Wendell Brunius.

Mac was knocked-out with the results and pleased to have his dream realised. He was born and grew up in the 3rd Ward of New Orleans – exactly where Louis Armstrong lit the flame and fuelled by his own funknology, Dr. John wanted to pass the torch.

What a privilege for me to have been in the right place at the RIGHT time to help make it happen. I had some special days with Mac in New Orleans. Once was at his show at Tipitina’s, another when he appeared at the Jazz Heritage Festival and again at the recording sessions. They were memorable experiences, right there in Crescent City…the cradle of my favourite music.

These two special packages on LP and CD issued on June 5th, 2020 commemorate the life of Mac Rebennack and also Louis Armstrong without both of whom, the path of my musical discovery would have been very poorly lit.